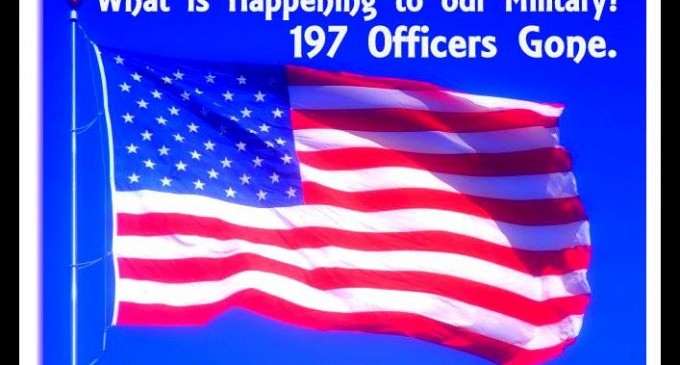 “Sex” is the top reason given for firing all these top military officials.

Other reasons include ‘playing with fake poker chips' and ‘mishandling their weapon'.

This has never happened before in the history of this nation and is an OBVIOUS purge by Obama of those who don't conform to his agenda.

IT'S TIME TO WAKE UP AMERICA!

There have been rather a lot, to say the least, of firings, demotions, relievings and disciplinings of hundreds of officers in our military under this present regime.

The grounds range from “leaving blast doors on nukes open” to “loss of confidence in command ability” to “mishandling of funds” to “inappropriate relationships” to “gambling with counterfeit chips” to “inappropriate behavior” to “low morale in troops commanded” to you-name-it-you-got-it…and, now you’re gonna’ get it!

Listed below are some of the various commanders, vice-commanders, etc. who have been relieved, fired, forced into early retirement and otherwise let go of…or, gotten rid of…depending on how one chooses to interpret all this.

Also, provided are 11 links to various articles about said officers and the various ends of their military careers. This does not include any of the stories about the pressure or attacks, if you will, made on those of all ranks, high and low, done by this regime or their “agents” and based on religious grounds or their stances on traditional marriage or statements or actions that have been deemed offensive to Islam…beliefs held by many who have been persecuted, if not out-right prosecuted, for said religious and/or traditional belief stances.

This if offered not as proof of any attempt to purge our military of those deemed un-fit by this present regime. It is simply offered as a PARTIAL listing of what has happened so far under the present “C-i-C.” Please note “PARTIAL.” This writer does not claim this list is complete. It remains to be seen if more “disciplinary actions” are taken or are warranted.

I simply find myself asking, as the picture below asks: What Is Happening to Our Military?! ~cj