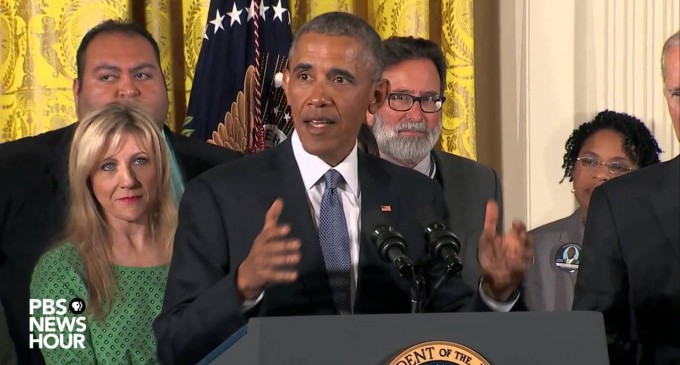 You might want to read the following sentence twice because it's so incredible that you won't be able to believe it.

President Obama told the truth. About guns, no less.

Now, this isn't to say that he has become great crusader for the Second Amendment. No, as a matter of fact, he still believes in the long discredited idea of gun control, as evidenced by his illegal executive orders widening the background check system. But for whatever reason, he has finally admitted (albeit partially) that the argument for gun control relies on blatant falsehoods.

Speaking on national television, the president once again hawked new gun control measures, with many commentators ohhing and ahhing over his visible tearing up during the speech. But predictably, one part of his address didn't get as much attention: his admission that two thirds of the gun death statistics paraded around by anti-gunners are suicides, not homicides.

Of course, suicide is tragic in-and-of itself. One suicide is too many. But for liberals to disingenuously lump it in with murders carried out with firearms and cite instances of it as proof of a “gun violence” epidemic in the country that necessitates the erosion of our Constitutional rights is preposterous.

See Obama's remarks for yourself on the next page: