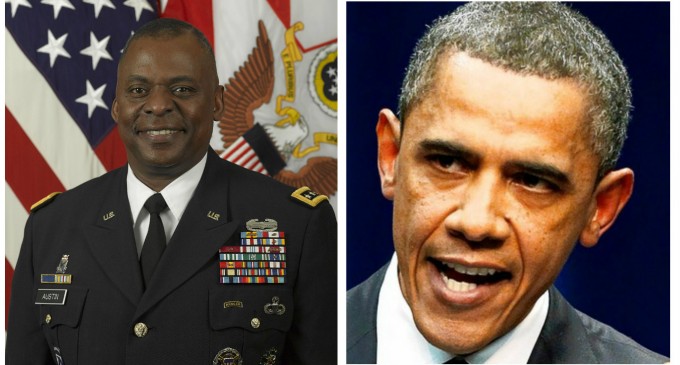 A true and honorable leader gives his team credit for victories, and takes the blame for their failures. President Obama is no leader. He is an empty suit with a teleprompter. He is also thin skinned, petulant, and a world class liar, as well as an embarrassment to the office of the presidency. His antagonism towards the military, men and women who would lay down their life for him, even as he denigrates them and diminishes their contribution, is well known.

As his presidency winds down and his multitudinous failures in foreign affairs become more and more evident, Obama is anxious to find someone to blame. When he came into office, he assured the American people that his superior ability to sit down and “communicate” with our foes would lead to great and wonderful diplomatic progress. As it stands now, Russia is resurgent and anxious to gain more clout and control in Ukraine, Syria, and other European nations. North Korea is threatening to nuke the United States. Iran is well on its way to building nuclear weapons. And ISIS is a scourge of the world, murdering innocents in Paris, Turkey, California, and Belgium, as well as throughout the Middle East.

And yes, although Obama refuses to call them Muslim terrorists, ISIS is the same group that the president once insisted was only a “jayvee” team in the arena of Middle East terrorism. Now that it is clear they are truly a scourge on humanity, Barack is looking to walk back his comments and blame his assessment on someone else.