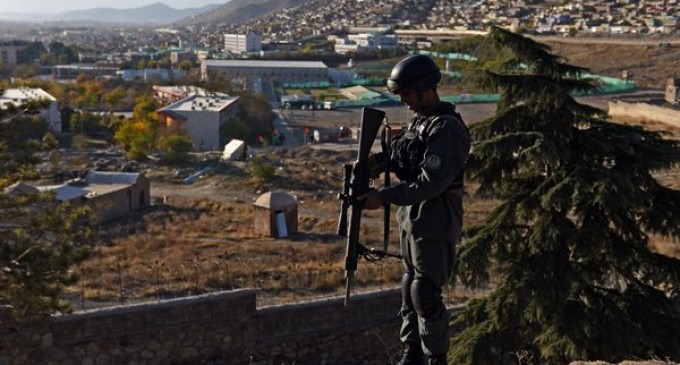 Our Nobel Peace Prize winning president has just extended the war in Afghanistan until 2024!

Of course, opium production is at an all-time high in 2013. That’s good business for the CIA, who is in constant need of funding.

And, through some uncanny luck, just after we invaded the country in 2001 we soon ‘discovered’ around 1 trillion in rare minerals.

Heck, with all those party favors, why leave?

WASHINGTON — Secretary of State John Kerry announced on Wednesday that the United States and Afghanistan had finalized the wording of a bilateral security agreement that would allow for a lasting American troop presence through 2024 and set the stage for billions of dollars of international assistance to keep flowing to the government in Kabul.

The deal, which will now be presented for approval by an Afghan grand council of elders starting on Thursday, came after days of brinkmanship by Afghan officials and two direct calls from Mr. Kerry to President Hamid Karzai, including one on Wednesday before the announcement.

Just the day before, a senior aide to Mr. Karzai had said the Afghan leader would not approve an agreement unless President Obama sent a letter acknowledging American military mistakes during the 12-year war. But on Wednesday, Mr. Kerry emphatically insisted that a deal was reached with no American apology forthcoming.

“President Karzai didn’t ask for an apology. There was no discussion of an apology,” Mr. Kerry said. “I mean, it’s just not even on the table.”

After a war that stands as the longest in American history, the security agreement defines a training and counterterrorism mission in Afghanistan lasting at least 10 more years and involving 8,000 to 12,000 troops, mostly American.

Despite the sometimes harsh criticism from Afghan officials during the negotiations, the agreement includes concessions that the Obama administration could not win from Iraq during a similar process in 2011, leading to the final withdrawal of American troops there.

Now, the United States has at least an initial agreement from Afghan officials that American soldiers will not face Afghan prosecution in the course of their duties. And United States Special Operations forces will retain leeway to conduct antiterrorism raids on private Afghan homes — a central American demand that Afghan officials had resisted and described as the last sticking point in negotiations.

In the end, the Obama administration and the Karzai government had more reason to agree than disagree, according to officials on both sides. American officials do not want to see Afghanistan again become a haven for terrorists after it spent billions of dollars and thousands of lives in the war. And the Afghan leadership knows that more than $4 billion in annual international security assistance would simply not flow absent an American military presence to account for it.