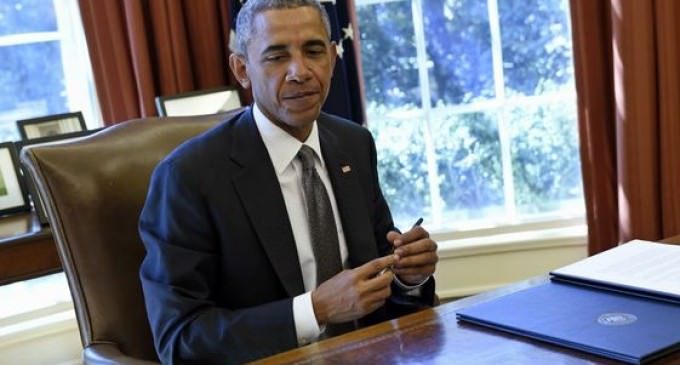 Barack Obama has once again circumvented America's legislative process to push his administration’s unpopular leftist agenda. This time he's pushing his anti-gun politics, just as he has with illegal immigration policy and the transgender bathrooms issue.

The White House announced new policies earlier this year for those receiving social security benefits in conjunction with President Obama's January 5th executive order on gun ownership. Few seemed to notice, when it was revealed, that the order granted the administration power to withhold Second Amendment rights from those who collect social security!

The move makes little logical sense, unless you're a Socialist keen on pushing the United States toward totalitarian rule. Beneficiaries of Social Security have never proven themselves to be particularly violent or incapable of gun ownership. It really seems this is part of Obama’s overall scheme to slowly and surreptitiously limit gun ownership whenever and wherever possible.

No doubt the administration hopes this slow creep of new regulations will go undetected until it is too late to be repealed. But the watchful eyes of conservative media caught them in the act.

Learn the details of Obama’s secret gun ban on the Next Page: