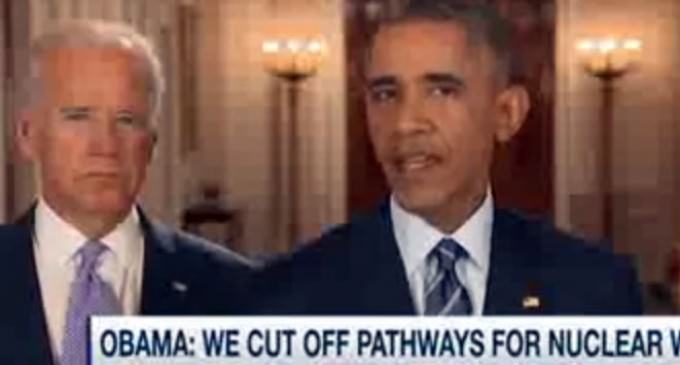 President Obama's so certain of his latest reckless pet project to release international restrictions on Iran that he's chosen to press ahead immediately with a U.N. Security Council resolution enshrining the deal. The only trouble is, there is a legal requirement for Congress to review the Iran nuclear agreement for 60 days before voting on a resolution to accept or reject it.

Obama said of the deal, “I welcome a robust debate in Congress on this issue and I welcome scrutiny of the details of this agreement.” But his pursuit of the U.N. resolution is set to begin almost immediately, according to a senior administration official, talking to reporters just hours after the final agreement, called the Joint Comprehensive Plan of Action (JCPOA), was announced.

What does this say about Obama's attitude toward Congress? Read On: