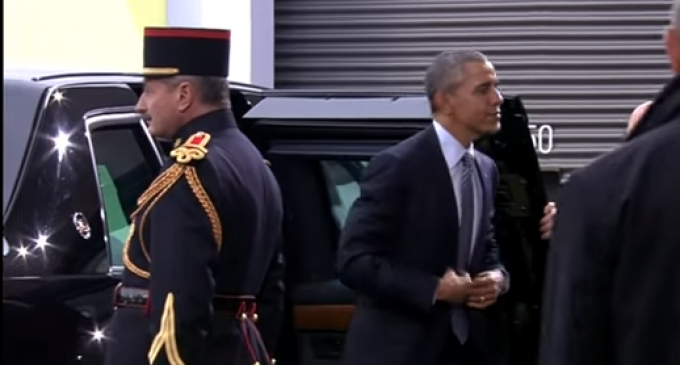 President Hypocrisy flew to Paris to bloviate about climate change, while ignoring the carbon foot print his airplane made to get him there.  Obama emitted so much gas, CO2 that is, that 72 cars could have driven for a year, before equally the carbon emissions of his jet.

One would think such a “wise” global steward, such as President Obama, would come up with ways in which the world leaders could meet without having to travel and expend so much CO2, but why pass up a free trip on the taxpayers' dime to France?

Certainly the leaders could have Skyped, logged into Go-to-Meeting, or even created a Google + Hangouts for free and this would have freed up some CO2 as well;  except of course for the CO2 that would be emitted by the very pontificating that would occur at a climate change conference.  Read how audacious this trip was in light of the carbon emissions that Obama produced on the next page.