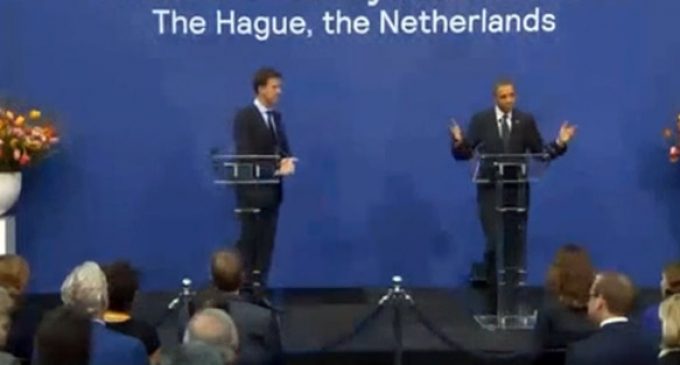 On Tuesday after speaking at a news conference in the Netherlands, President Barack Obama thanked the crowd -twice- and then waited awkwardly for applause that never came. One man took pity on the president and clapped, but that just made the situation worse.

On the bright side, nobody booed or threw things.