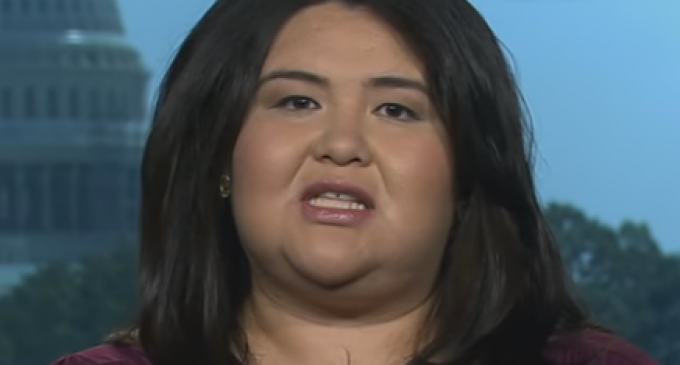 DREAMer Greisa Martinez joined MSNBC's Thomas Roberts this week to discuss how Donald Trump is threatening her community, and by “community” she means illegal/undocumented people in America.

For those of you who are unfamiliar with DREAMers, they are undocumented immigrants who qualify for the Obama Administrations Deferred Action Initiative. These are people the left wants to reward for coming into America illegally, taking advantage of the American economy and even having kids so they can anchor themselves here. Just like everything else the left does, it's nothing more than an initiative meant to reward lawless behavior.

As for Donald Trump, what people don't realize is that he's not against immigration, he's against illegal immigration. If these people want to go about coming into America through legal channels, he would welcome them with open arms.

Meanwhile, people like Greisa Martinez are claiming to be victims and then acting like they have some sort of national pride for Mexico. If that were true, they wouldn't have left. If she wants to live in a “community” of undocumented people, perhaps she should take them back over the border.