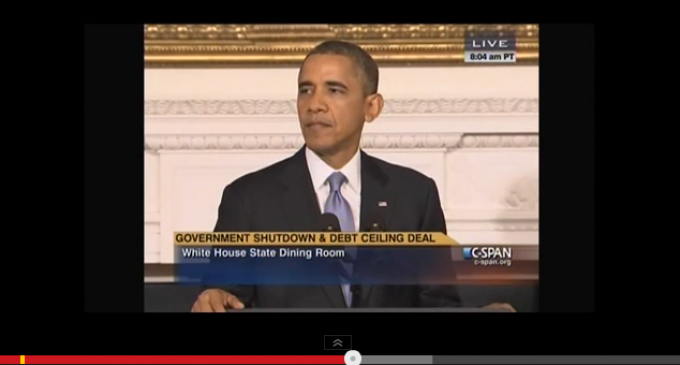 Obama says we should stop listening to activists, and radio talking heads…I half-expected him to toss ‘patriots' in there as well.

Basically he is partly stating that the shutdown happened because of unnecessary opposition from people that are critical of the government.

It's good to know that we are having an impact! Thanks for the verification Mr. Obama!