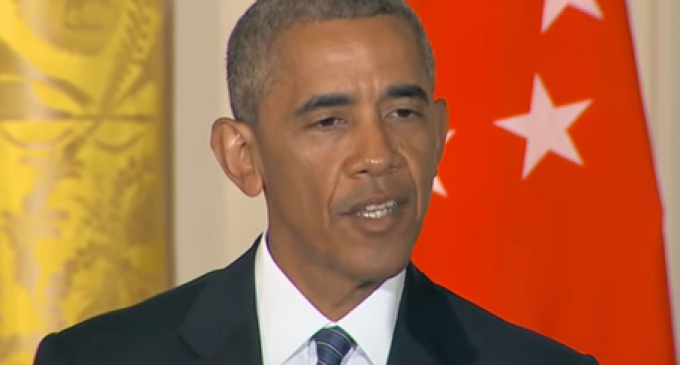 President Obama slung some insulting words at Donald Trump this week, at a joint press conference with the prime minister of Singapore on Tuesday morning. His comments specifically called out Trump, saying he's unfit to be president. To be more specific, he said, that Trump does not have the “judgment, temperament or understanding to occupy the Oval Office.” This was all stemmed by the Trump's comments on the Gold Star family.

If you'll notice, the president's attacks against Trump have become more frequent over the past few weeks. This either means that Obama has a personal grudge to settle with the man or the left is becoming quite desperate. More-than-likely it's the second option. The more the media and the left as a whole rip into Trump, the more popular he becomes. Not only did they create the political environment in which he was able to run, they're fueling his legacy and potential presidency.

You can't pay for that kind of irony.

Read how Trump responded on the next page.