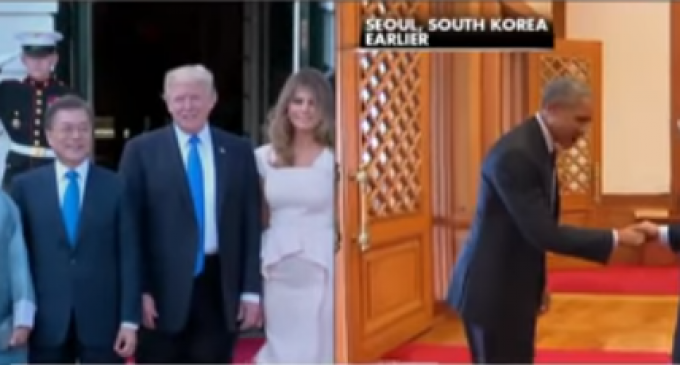 As the mainstream media and Washington “swamp dwellers” berate President Donald Trump for not being “presidential,” they turn a blind eye to former President Barack Obama’s clearly outrageous behavior as ex-president.

Obama formerly expressed his appreciation for George W. Bush’s decision to refrain from commenting on his successor’s policies and staying out of the limelight.

Traditionally, ex-presidents have abstained from creating the appearance that they want to actively undermine or challenge their successors. With George W. Bush as the most recent example, Obama was fortunate in not having Bush “43” as a thorn in his side.

Generally, former presidents leave the Washington scene after their presidencies and return to their homes in other locations. Bush had his ranch in Texas and a home in Dallas where he could begin his new life.

Bill Clinton spend time at his new home in Chappaqua, New York, and the Clinton Presidential Library in Little Rock while his wife kept a home in Washington D.C.

Learn more about Mr. Obama’s plans, his latest organized political efforts and his recent round of globe-trotting on the next page.