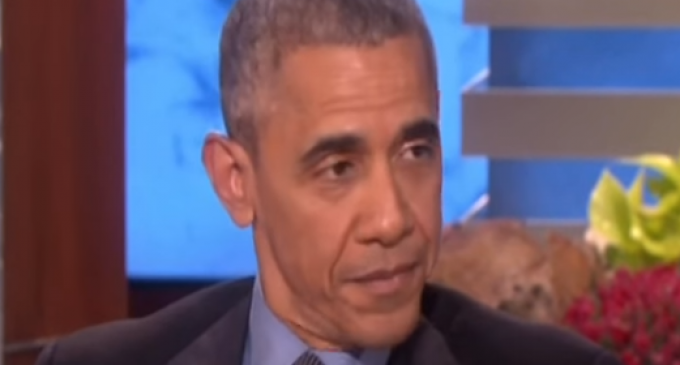 When it comes to people who dismiss anything that doesn't agree with their perception of reality, few surpass the ability of President Obama to do just that.

Of course, when somebody spends as much time canoodling with rich Hollywood liberals as he does, it is no wonder that his grasp on the affairs of state and economy is a little – or a lot – shaky. This was readily apparent in a recent interview with TV talk show host Ellen DeGeneres.

Having previously interviewed not only the president before, but also 2016 Democratic contenders Hillary Clinton and Bernie Sanders, few doubted that DeGeneres' would handle Obama with anything other than kid gloves. With even “conservatives” in the media afraid to meaningfully challenge Obama, he is able to promote his agenda without having to worry about the watchdog media acting as, well, a watchdog.

But his comments on The Ellen DeGeneres Show should have made even the most partisan left-wing media personality cringe. Asked about Americans' pessimistic outlook on the economy, the president went and straight out said critical assessments of his tax-and-spend policies were “factually inaccurate”, basically accusing not just the media of lying, but the American people as well.