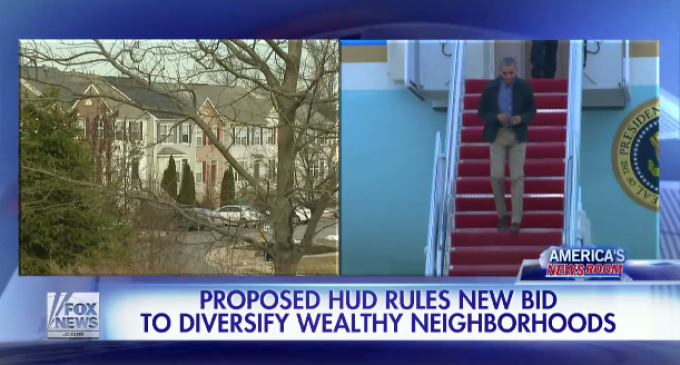 The Obama administration has announced new HUD rules today that are intended to diversify wealthy neighborhoods to be more inclusive of low-income households. It comes on the heels of a Supreme Court decision that reaffirms the fed’s ability to ban housing policies that are considered unfair to minorities.

Right now the feds are stating it only applies to municipalities that accept their dollars, but this is just the framework of a much more sinister plan.