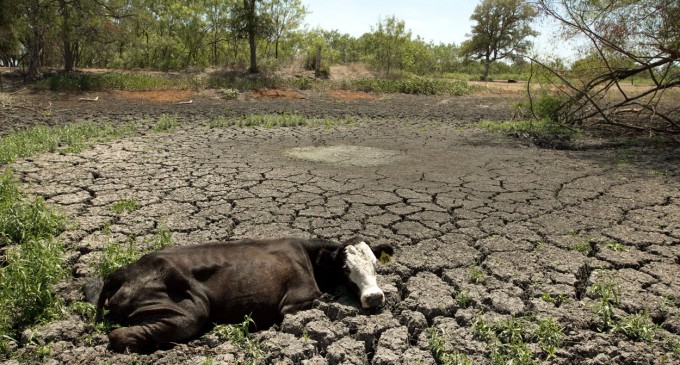 Former President George W. Bush set aside this water to be protected.

But now, Obama has classified the water as a ‘commodity', allowing it to be sold, which is has been.

The levels are dropping and at its lowest recorded levels since 1918.

A little more than a year ago, The Center for Western Journalism ran a story on Obama’s war on America’s fresh water supply. People scoffed and called the outlet doomsdayers and Obama naysayers, but now, it appears their warnings may have been accurate, as record low levels for the American Great Lakes have been reported.

The U.S. Army Corp of Engineers reported earlier this year that Lake Huron and Lake Michigan have achieved their lowest water levels since records for such information began being kept back in 1918. In spite of the record low levels, the Obama administration has still given the go-ahead to export water from the lakes to China for commercial sale, to the tune of between half a million and nearly two million dollars a day in profits. Nestle corporation, a Swiss company, is also sold water from the Great Lakes.

Little known to many, is the fact that the Great Lakes hold roughly 20% of the world’s fresh water supply, and much of that water is being exported to other countries due to a loop hole being exploited by the Obama administration. Knowing how precious fresh water is, and how rare it is in much of the rest of the world, former U.S. President George W. Bush set aside the water in the Great Lakes to be protected. However, the Obama administration has relabeled the water in the lakes a “commodity” which allows them to sell it, which is what they are doing.

In the past, only third world countries struggled with fresh water supplies. This was a harsh reality in rough parts of the world that Americans had always been sheltered from. But now that the Obama administration has allowed for the privatization of America’s water sources, Americans too may someday soon understand the struggles of simply obtaining fresh water.