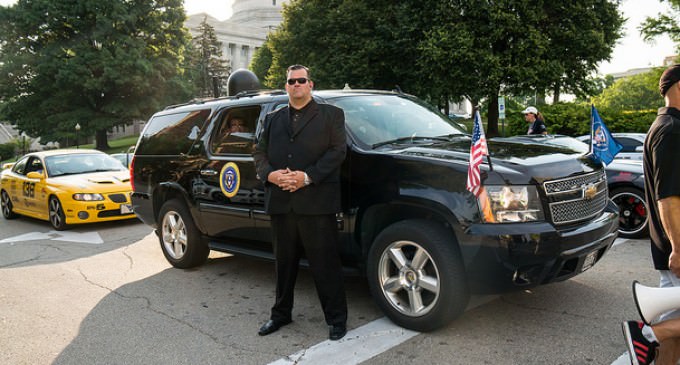 For those of you who have been following Donald Trump’s presidential campaign, you’re aware that he might be one of the most controversial front-runners the GOP has ever had. According to Politico, he’s currently the most favored out of the all the GOP candidates, beating Ben Carson by 7%.

His views on immigration, gun-control and taxes certainly haven’t left him in the favor of many left-leaning voters, and whether you agree with him or not, he has many valid points. And because of the growing crowds coming to see him speak, he’s made a request of the Obama administration that many are laughing at, but like everything else Trump says, is filled with logic.

See what this request is on the next page.