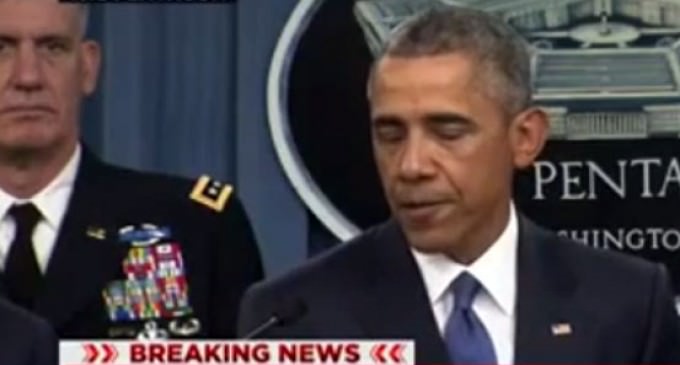 Speaking at a press conference yesterday, renowned ISIS apologist, President Obama outlined a plan to defeat ISIS by assaulting them with a barrage of (presumably) speeches and tweets. (See brief clip of Obama playing into the terrorist's hands on Page 2).

ISIS were not reached for comment, probably because they were rendered helpless with laughter after Obama reminded the world of his conviction that “ideologies are not defeated by guns.”