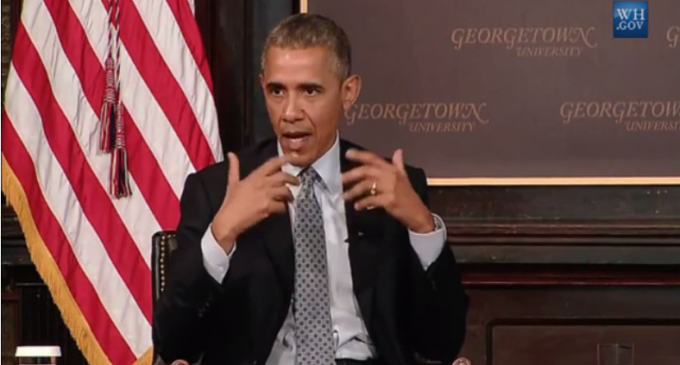 President Obama, who attended the best prep school in Hawaii, went to the best private colleges in the U.S. and who sends his children to a private school, has come out criticizing sending kids to private schools and clubs.

While speaking at the Catholic-Evangelical Leadership Summit on Overcoming Poverty at Georgetown University this month, Obama stated that the private schools and clubs allows ‘the elite’ to separate themselves from society, causing divisiveness. He also stated that it caused a “an anti-government ideology” and gives less opportunity for children.

WATCH AND CONTINUE READING on NEXT PAGE: