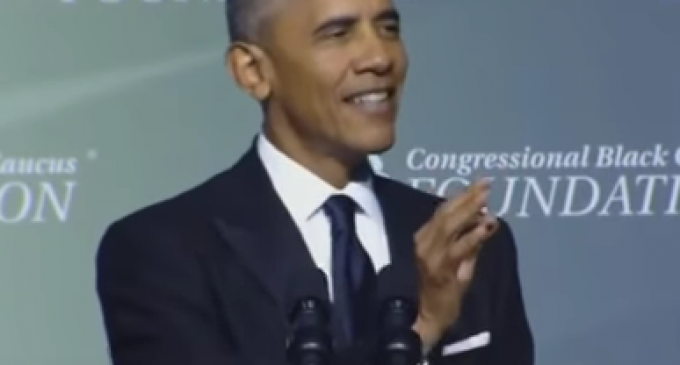 For years, Barack Obama has failed to take ISIS seriously — from his initial characterization of ISIS as a terrorist “JV team” to his steadfast refusal to put boots on the ground in the Middle East. ISIS has always seemed like a joke to Obama. This week, he made it official.

This week, nearly ten explosive devices planted by an Afghani national were discovered scattered across New York and New Jersey. Across the country, five were stabbed by a man referencing “Allah.” Meanwhile, Obama was cracking jokes about ISIS at a Congressional Black Caucus dinner.

The bad timing could be considered an accident if it weren't for the president's adamant condemnation of terrorism otherwise. Instead, all we usually get are claims that attacks have “nothing to do with religion” and refusal to use the word “terror.”

See Obama's ill-timed ISIS joke on the next page: