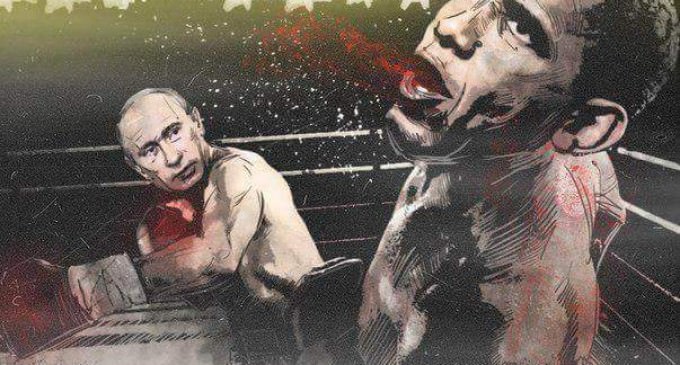 When Barack Obama described the Islamic terror group ISIS as nothing more than a Junior Varsity (JV) military operation, he could very well have been describing himself and his efforts in the Middle East.

Back in 2011, the Obama administration suggested that Bashar Al-Assad was committing massive human rights violations and launching chemical weapons attacks against his own people, and he vowed that Assad would be forced to leave power and turn the reins of power over to Syria's opposition party.

Around 2013, the Obama administration signed an agreement with Turkey to train and arm “moderate” Syrian rebels to fight against Assad and to force regime change. However, the rebel forces ended up pledging allegiance to ISIS and the money and training that was provided to help build and reinforce the rebels to overthrow Assad instead has gone to ISIS and other Islamic terrorists who are intent on destroying the Western world.

The reality is that there is no viable “moderate” rebel groups, and the scandal of ineptitude and lack of understanding should cause an impartial press to hound Obama from office. Of course the press has become nothing more than a PR office to help Obama spin explain away his failures, so that will never happen.

A secret U.S. government document was recently obtained by Judicial Watch which shows that the United States and other NATO nations have intentionally supported al-Queda in Iraq. That group transitioned into ISIS and other Islamic terror groups intent on overthrowing Assad, so in many respects, the Obama administration is the creator of ISIS. But Obama, by design or ineptitude, has been impotent in dealing with Assad, and now in eliminating ISIS. He is mostly talk, not clear on what needs to be done or how to accomplish it, and the result is an out of control Islamic terrorist organization and a very frightened U.S. public.

Recently, Russian premier Vladimir Putin stepped up to the plate and said that Russia was going to take on ISIS. He is more interested in having a much bigger influence in the Middle East, and human rights violations committed by Assad are of little interest to him. But the vacuum of leadership left by Obama provided Putin with an opening, and he has made significant progress in destroying ISIS convoys that were helping to finance their operations, and he has shown that he will continue to support Assad.

He also has demanded that the U.S. must stop efforts to depose Assad and to get out of the way while he settles the conflict in Syria. This turn of events should embarrass the president, but instead he will direct his minions to suggest this is part of his plan and completely acceptable. But the long term result is that Russia will now become a key player in the Middle East, with much greater influence and access than it had in the recent past.