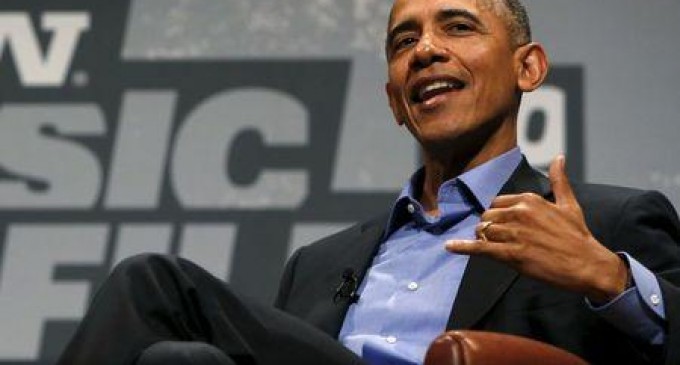 According to President Obama, tax evasion is a crime morally equivalent to terrorism and child pornography.

At least, that's what he seemed to imply when speaking at the South by Southwest festival this week. Instead of paying his last respects to former First Lady Nancy Reagan, he decided that being seen at the popular technology convention was more important.

His smug pleasure at being invited to speak almost certainly turned to disdain when he was questioned about the government's ongoing attempts to crack the encryption on the San Bernardino shooter's iPhone in spite of Apple's refusal to sanction it's efforts.

Prefacing his comments with the disclosure that he cannot officially weigh in on the case, Obama proceeded to do almost exactly that, chiding observers with “absolutist view[s]” for not agreeing that the government should have some sort of backdoor into electronic devices.

Doubling down on his remarks, Obama insinuated that the lack of iPhone backdoors will keep law enforcement from apprehending terrorist plotters, child pornographers, and worst of all… people who don't pay their taxes!