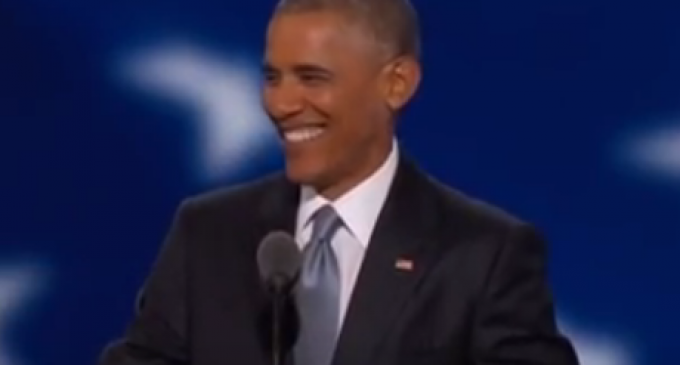 Recently, it has become trendy among the left to liken Donald Trump to Hitler. It may sound like a childish and unintellectual argument, but that hasn't stopped high-profile personalities like Cher, Louis C.K., and Sarah Silverman from making the outlandish comparison.

While they may represent the bottom of the barrel when it comes to political celebrities, now Barack Obama, the ultimate celebrity politician, is making very similar claims. Rather than call Trump Hitler, however, Obama is updating the well-worn insult and is comparing him to a jihadist instead.

The schoolyard comparison likely represents how little Obama can legitimately complain about Trump or his supporters. After all, much of the anger that has fueled Trump's stratospheric rise was a result of eight years of failed leadership under Obama.

Rather than admit his failures, Obama has sunk to the lowest form of political argument.

See how the president made the subtle — but insulting — dig during his speech to the Democratic national Convention on the next page: