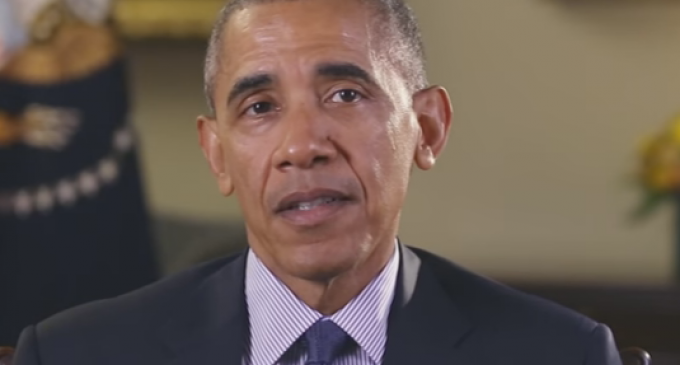 Apparently, there is no whopper too big for President Obama and his climate change alarmist allies to resort to using when trying to sell their message that the sky is falling and the ice caps are melting.

At this point, conservatives should be used to the absurd apocalyptic pronouncements regularly made by the environmentalist left, often involving dubious warnings that major cities and landmarks will be submerged or otherwise destroyed lest we heed their advice. It speaks volumes about the veracity of their arguments that they feel the need to utilize a trope commonly used in science fiction movies to illustrate the nature of the “threat” we face.

But it says even more about the state of the nation that a sitting president has engaged in such rank fear-mongering.

Speaking during yesterday's weekly address, Obama urged Americans to take action against climate change, or else – the Statue of Liberty will sink!

Read more about Obama's climate change hysteria on the next page: