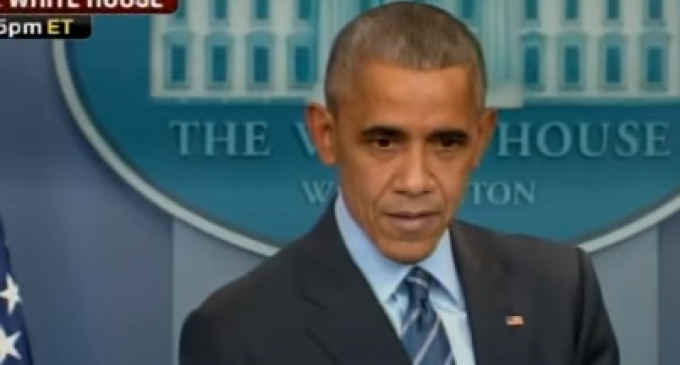 Barack Obama isn't even out of office yet and he's trying to rewrite his own history.

Immediately after Obama assumed office, he launched an international apology tour on behalf of the United States. In retrospect, he should have been apologizing for all the damage he was about to cause for the next eight years.

As president, Obama simply didn't have the ability to stand up to foreign governments and organizations. Under his rule, the Middle East collapsed and Russia began a new era of aggression. But Obama still seems to believe he's the one in control.

This week, Obama claimed to have “confronted” Russian President Vladimir Putin over the hacking of the Democratic National Committee. Predictably, Putin didn't seem very scared by the outgoing president's threats.

Watch him describe the exchange in the video on the next page: