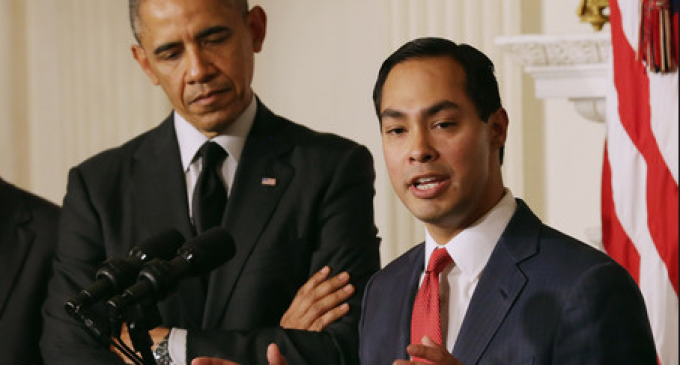 Obama has picked San Antonio mayor Julian Castro as the new Secretary of Housing and Urban Development, but he might as well have picked Raul Castro in looking at the plans underway to fundamentally transform American neighborhoods and suburbs.

The social engineering scheme was first proposed back in 2013 by then-Secretary of Housing and Urban Development Shaun Donovan. It was finalized last month with the Supreme Court’s 5-to-4 decision on Texas Department of Housing and Community Affairs v. Inclusive Communities Project, Inc.

Every branch of government seems to be itching to help Obama with his fundamental transformation of America.