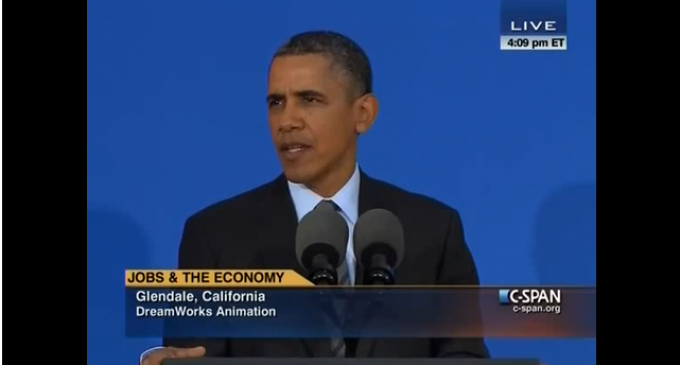 Gee, Obama sure is perceptive, being able to identify who is an immigrant just by ‘looking at their face’!

And if that immigrant were white…would he have trouble then?

President Obama talks about immigration reform during a speech at DreamWorks Animation in Glendale, California on Tuesday.

OBAMA: As I was getting a tour of DreamWorks, I didn’t ask, but just looking at faces, I could tell there were some folks who are here not because they were born here, but because they want to be here and they bring extraordinary talents to the United States. And that’s part of what makes America special. And that’s part of what, by the way, makes California special, because it’s always been this magnet of dreamers and strivers. And people coming from every direction saying to themselves, you know, if I work hard there I can have my piece of the American Dream.