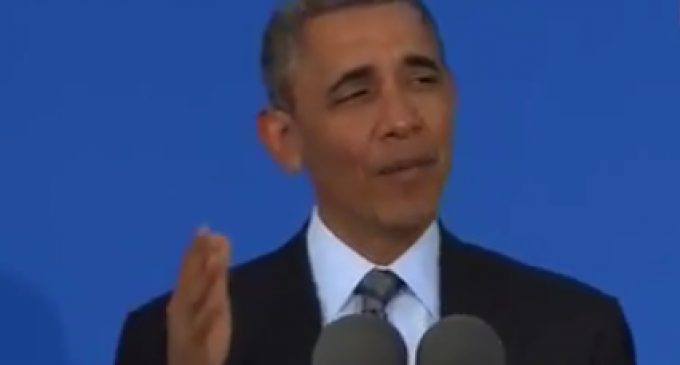 President Obama has demonstrated a long list of useless “skills” during his seven years in office, the most prominent of which seems to be systematically destroying America. However, in the process of his voter spurred destruction of our country, he's developed a few talents that one might view as inhuman. For example, he now has the ability to look at people and determine whether or not they're from another country. Isn't that something? It's no wonder Marvel Comics was so eager to put him in a three issue story arc of The Amazing Spider-Man.

After a recent tour of DreamWorks studios in Universal Studio, CA, he gave a speech about immigration reform, claiming that he could, “tell there were some folks who are here not because they were born here.” What an impressive man. Somebody give him a nobel peace prize. Oh wait . . . they already did that. It would seem they're giving those things out to anybody, these days.

Read more about this speech on the next page.