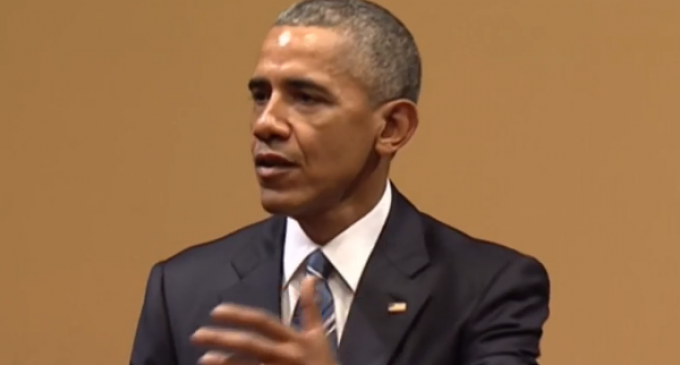 President Obama must be living in a different version of reality than the rest of us. If his opinions on Islam haven't hammered that nail home, certainly his visit to Cuba will. After posing for photographs in front of a spray painted image of Cuba's most famous revolutionary, Che Guevara, Obama spoke to reporters in Havana, basically saying that the United States can learn a thing or two from Cuba on improving basic human rights.

Clearly, we're not thinking about the same Cuba. The Cuba that exists in this world has a history soaked in blood and revolution, and their crime statistics are so appalling that they won't even release them to the public. Not only did President Obama agree with Fidel Castro, he actually praised his ideals at one point. He claimed that the goal of the human rights dialogue isn't for the United States to “dictate to Cuba how to govern themselves.”

Instead, he went on to say that he hopes that the United States and Cuba can learn from each other.