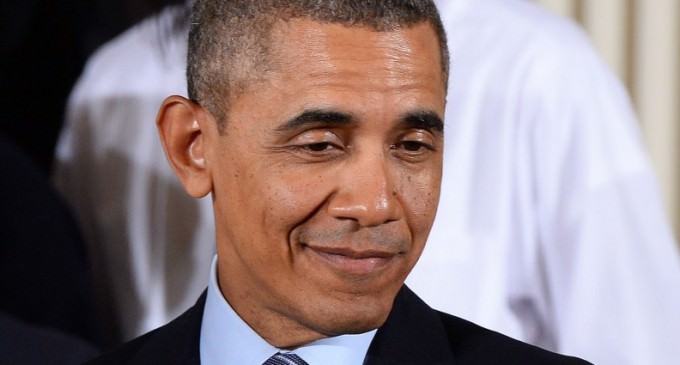 President Barack Obama promised to transform America, and the American people bought into that promise without ever looking into the details. Those details are now becoming apparent as the thuggish president pushes new policies and procedures through the use of executive orders to circumvent what should be legislatively determined by Congress.

But for Obama, imperial dictates are his preferred way of managing the business of the nation, and so we have the new directives being written for 2016.

Congress is tasked with overseeing immigration policy and quotas, with the primary goal of making sure the nation is kept safe from undesirable elements coming into the country, that immigration does not pose an unreasonable economic burden on the country, and that the numbers of immigrants are limited so that a reasonable hope for assimilation can be achieved. Obama has ignored all of those very reasonable goals and causes one to wonder if his promise to transform America was actually a threat to destroy the country.

Obama's past directives to the immigration department and justice department to not prosecute or deport those illegally in the country ensured that illegal immigration ballooned and gave illegals assurance that they would not be prosecuted. That includes criminal migrants who are tremendously over-represented in illegal activities in the country.

He has invited tens of thousands of Muslim migrants from the Middle East to come and settle in the U.S., dramatically increasing the potential for the entrance of Islamic terrorists, intent on our destruction. The mass immigration also has been an overwhelming burden on our economy, both through the dramatic overuse of welfare and social services, and because of the resources required and the damage done to our educational system. All in all, Obama's immigration policies have been a disaster for this country and promise to cause even more damage in the coming years.

Now he is preparing a new executive action policy that will impact American professionals and decimate those with growing careers and the families that depend on their support.