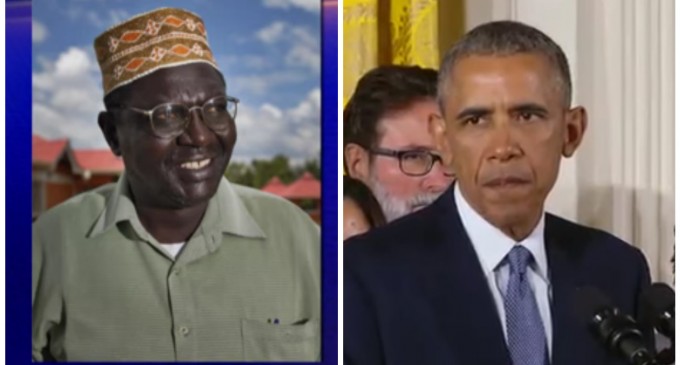 Late last week, Wikileaks published hacked emails between members of the Democratic National Committee that showed that they were out to destroy socialist Senator Bernie Sanders' candidacy from the very beginning.  Ever since the emails went public, both the Clinton campaign and the DNC have been in DEFCON 1 of damage control.  Monday marked the first day of the Democratic National Convention, and it was chaotic.

Supporters of the Vermont senator protested Hillary Clinton, Debbie Wasserman-Schultz, and the entire DNC both outside of and inside the Wells Fargo Center on Monday, making it abundantly clear that the Republicans are not the only party facing internal strife.

It turns out, however, that the Democrats aren't only facing in-party fighting, but the president's family is a house divided, as well.

To see why Barack Obama's Kenyan half-brother, Malik says he plans to Make America Great Again and vote for Donald Trump in November, continue reading and watch the video on the next page: