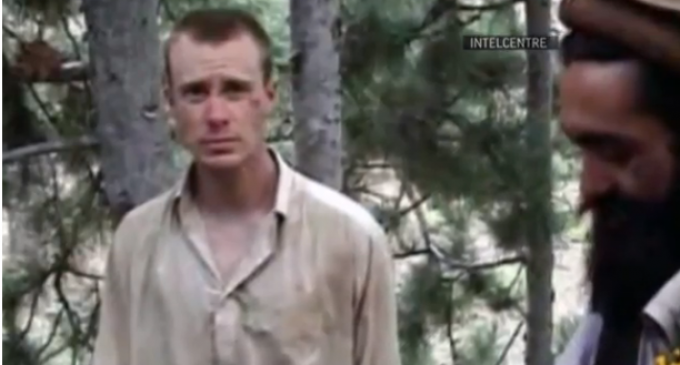 President Obama has broken the law once again by exchanging 5 Taliban leaders who were in detention in Guantanamo Bay for Sgt. Bowe Bergdahl, who had been held captive for 5 years in Afghanistan by the Taliban.

In order to release any prisoners from Guantanamo Bay the Obama administration is suppose to notify Congress first, which was not done.

One Republican also stated that this puts our troops around the world at greater risk because it gives incentive for our soldiers to be captured.

Amid jubilation Saturday over the release of U.S. Army Sgt. Bowe Bergdahl from captivity by the Taliban, senior Republicans on Capitol Hill said they were troubled by the means by which it was accomplished, which was a deal to release five Afghan detainees from the military prison in Guantanamo Bay, Cuba.

Top Republicans on the Senate and House armed services committees went so far as to accuse President Obama of having broken the law, which requires the administration to notify Congress before any transfers from Guantanamo are carried out.

“Trading five senior Taliban leaders from detention in Guantanamo Bay for Bergdahl’s release may have consequences for the rest of our forces and all Americans. Our terrorist adversaries now have a strong incentive to capture Americans. That incentive will put our forces in Afghanistan and around the world at even greater risk,” House Armed Services Committee Chairman Howard P. McKeon (R-Calif.) and the ranking Republican on the Senate Armed Services Committee, James M. Inhofe (Okla.), said in a joint statement.

Lawmakers were not notified of the Guantanamo detainees’ transfer until after it occurred.

The law requires the defense secretary to notify relevant congressional committees at least 30 days before making any transfers of prisoners, to explain the reason and to provide assurances that those released would not be in a position to reengage in activities that could threaten the United States or its interests.

Before the current law was enacted at the end of last year, the conditions were even more stringent. However, the administration and some Democrats had pressed for them to be loosened, in part to give them more flexibility to negotiate for Bergdahl’s release.

A senior administration official, agreeing to speak on the condition of anonymity to explain the timing of the congressional notification, acknowledged that the law was not followed. When he signed the law last year, Obama issued a signing statement contending that the notification requirement was an unconstitutional infringement on his powers as commander in chief and that he therefore could override it.

“Due to a near-term opportunity to save Sergeant Bergdahl’s life, we moved as quickly as possible,” the official said. “The administration determined that given these unique and exigent circumstances, such a transfer should go forward notwithstanding the notice requirement.”

Sen. John McCain (R-Ariz.) said that the detainees transferred from Guantanamo to Qatar, where they are to stay for at least a year, “are hardened terrorists who have the blood of Americans and countless Afghans on their hands. I am eager to learn what precise steps are being taken to ensure that these vicious and violent Taliban extremists never return to the fight against the United States and our partners or engage in any activities that can threaten the prospects for peace and security in Afghanistan.”

Beyond this individual instance, some raised the larger question of whether it is sound policy for the United States to have, in the words of House Intelligence Committee Chairman Mike Rogers (R-Mich.), “negotiated with terrorists.”