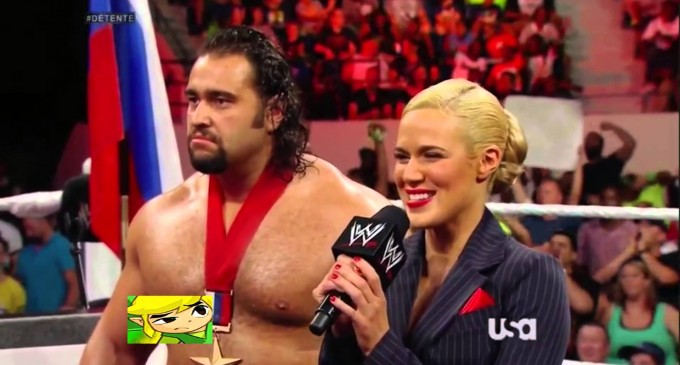 With as many years as WWE (formerly WWF) has been on the air, it's truly amazing how much their fan base has grown and how diverse it is. In a cleverly scripted argument, Russev and Lana, whose characters hail from Russia, get into a confrontation with Zeb Colter and Jack Swagger. Lana calls out America, saying that there is no leader greater than Vladimir Putin and displays an image of their president on the large screen.

When it's Zeb Colter's turn to make America look better than Russia, he brings up the president of the United States only to receive mixed reactions from the crowd. When the image of President Obama appears on the screen, it sounds like there are more people booing him than praising him.