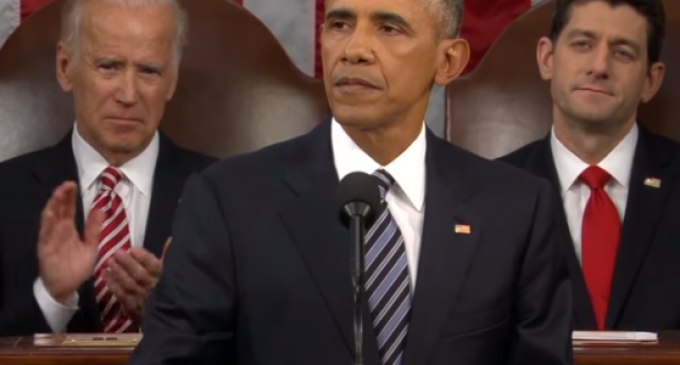 In his State of the Union address, Obama blamed Congress for his own inaction against ISIS. As Commander in Chief of the American Armed Forces, Barack Obama is distinctly responsible for conducting any action against ISIS. However, the Constitutional lawyer seems to have forgotten his education, since blaming Congress can score political points against Republicans while conveniently painting himself as the frustrated political action hero.

Barack Obama needs to remember that airstrikes against ISIS began in September of 2014, to no effect. Obama needs to be reminded that without submitting a plan to Congress for taking stronger military action against the extremist Islamic State, he is floundering impotently in the Syrian quagmire. And did he the weapons he sold to supposedly “moderate” Syrian rebels who would turn out to join ISIS's cause and turn over their American weapons and trucks to them?

Obama has consistently failed to live up to his foreign policy responsibilities, and blaming Congress like a petulant child isn't going to make his record any less splotchy than it already is.

Read what Obama had to say on page 2.