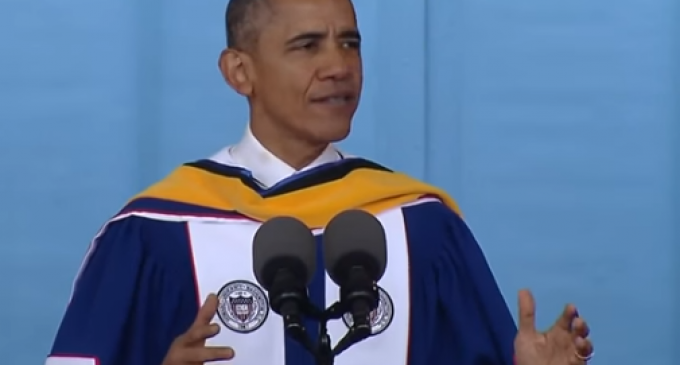 In six months, the United States finally gets to put the Era of Obama behind her. During his tenure as President, Barack Obama continuously apologized for, demeaned, and ridiculed the country that he lead. The fundamental changes to America he sought were mostly rejected, but his anti-American rhetoric has endeured to the bitter end.

Last week, Mr. Obama criticized one of the most fundamental ideals of this country, the American Dream.

While millions have come to this country to seek work, work diligently, and have reaped the rewards of their accomplishments, Barack Obama thinks these people are just lucky. According to our outgoing president, those who have accomplished the American Dream didn't get their by success alone. They didn't get there because they worked hard. He implied that they got there because, among other things, they are white.

See the speech in which he made these remarks on the next page: