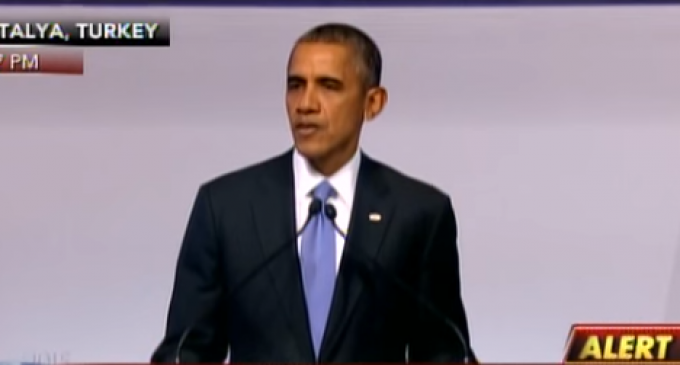 President Obama seems proud to deliver speeches that question the mercy and humanity of others with a hubris that is almost palpable. He continues to believe that he is the leading voice of peace and reason in the world when it is clear that he is a paper tiger that talks and talks without putting any power behind his words.

Not since Jimmy Carter has any American president seemed so impotent and small in the face of big challenges. Say what you will about President George Bush but it was clear that he was willing to lead the world in taking on Saddam Hussein, with or without help from other countries. People rallied to his message until the main stream media and the Democrat left destroyed his campaign to free Iraq and protect our nation, no matter what the cost. Bush was ultimately derailed and perhaps misguided, but there was no question that he was willing to lead from the front.

Contrast that to Obama who seems to disappear when troubles appear, only to reappear, teleprompter in the fore, berating those who are not sycophants or flunkies.

It is beyond offensive when he attacks and questions others' humanitarian efforts, even while ignoring his duty to protect those who are under his influence and fearing for their very lives.

See what Obama said about those in fear for their lives, page 2