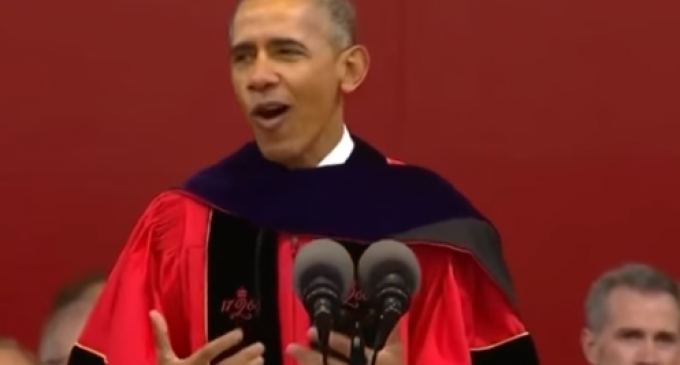 Barack Obama can't seem to contain himself when it comes to Donald Trump. Even in the most inappropriate settings, it seems our president would rather riff on the policies of the presumptive Republican nominee than focus on his own accomplishments in the White House.

Then again, considering those “accomplishments” are few and far between, maybe Mr. Obama simply finds it easier to attack others than defend his own pitiful record as president.

The latest example of Trump bashing came during Obama's commencement speech at Rutgers University. Obama rebuked everything from Mr. Trump's call for greater border security to his policies regarding alien Muslims. How this relates to the betterment of the students to which the president was speaking isn't entirely clear, but since when did Obama need a legitimate excuse to bash Trump?

To see the anti-Trump quotes from the president's commencement speech, continue reading on the next page: