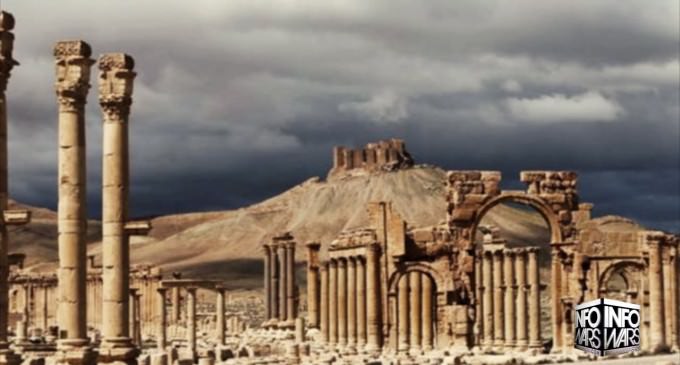 By doing nothing, by standing for nothing, Obama is essentially acquiescing to ISIS and it's destruction of men, women, children and in this case unique antiquities.   Places of great historic import have been utterly destroyed by ISIS, places like Nimrod, the ancient city where the Tower of Babel is said to have been built.  Just this week Palmyra was destroyed. The Syrian scholar, Khaled al-Asaad, was beheaded after he would not reveal the whereabouts of valuable artifacts and his corpse hung at Palmyra.

Kerry, Obama's Secretary of State, has done nothing. He has allowed this terrorist caliphate to gorge itself on the people it conquers and the ancient artifacts it destroys in its path.

Watch the clip on the NEXT PAGE: