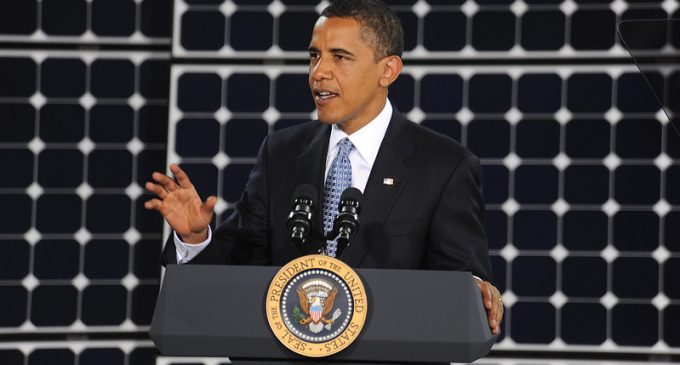 An Obama solar initiative has given way the largest Ponzi scheme in Eastern California history after having scammed millions from individuals and companies.

Progressives have been particularly eager to throw money at “green energy” schemes that often prove simply pie-in-the-sky daydreams that can’t meet the energy needs they were hyped to meet.

And now another California-based entity has bitten the dust as the result of a criminal Ponzi scheme that’s defrauded investors and taxpayers, including some big-name firms often hyped for their savvy investments.

The Gateway Pundit has all the details, which shine a light on the federal government’s reckless efforts to subsidize green energy project with no hope of ever panning out.

What big-name investors got burned in this scheme? Check out the details on the next page.