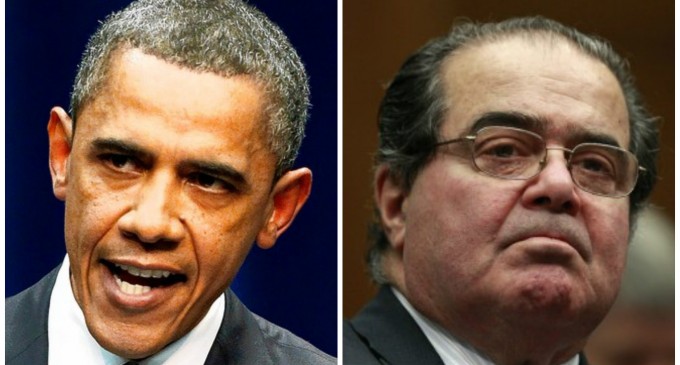 On Saturday, February 13th, Supreme Court justice Antonin Scalia was found dead at a ranch in southern Texas.  That alone would qualify the story as a tragedy, since Scalia was a tireless advocate of the Constitution and its original intent.

A brilliant legal scholar possessed of a unique gift for both legal analysis and scathing wit, Scalia often wrote dissenting opinions in  cases where the federal government usurped powers not delegated to it, or where the other justices sitting on the court with him took it upon themselves to decide Constitutional questions as if they were legislators.  His gift for eloquent defense of liberty and justice, even in the face of massive pressure made him one of Liberty's staunchest guardians on the Supreme Court.

Found dead of a supposed heart attack at a ranch owned by long time Obama donor and  Democrat party hack John Poindexter, questions are rightly being asked at the contradictory and questionable behaviors demonstrated in this case.

Ruled “natural causes” by a judge over the telephone, found with a pillow over his head and his bed sheets unslept in, there are too many uncertainties and contradictions to view this as a “death by natural causes.” Continue to page two for more questions over this possible assasination.