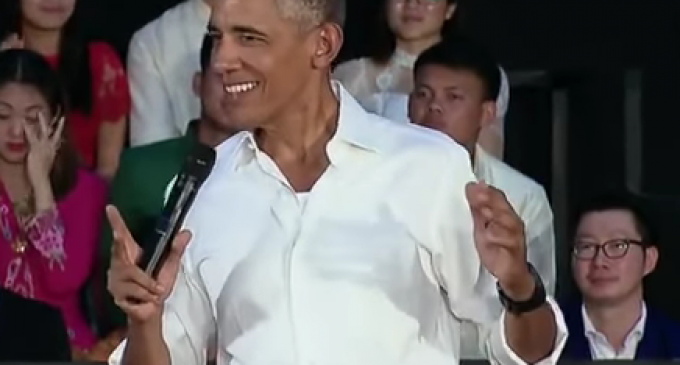 President Obama has been making friends all over the world this past week, first prompting aggressive insults from the president of the Philippines, Rodrigo Duterte, who wasn't too thrilled about President Obama sticking his nose into the business of the Philippines, who are a sovereign nation and not accountable to anybody but themselves. And now, in his attempt to make the people Laos feel stupid, he's also insulted Americans, calling them lazy.

Wednesday, during a Young Southeast Asian Leaders Initiative or YSEALI for those of you who like incredibly difficult acronyms, he said that Americans can be “lazy” because we basically think we're better than the rest of the world. Well . . . he actually said that we don't think we need to know anything about other people, but the implication is still there.

Granted, yes, some Americans are incredibly lazy. One just needs to look at the people who voted for President Obama back in 2008 and again in 2012 to see that. While he has people fooled into thinking that he's somehow revived the American economy, what people fail to realize is that when you go on government assistance, you're no longer counted as unemployed.

Americans are lazy because he made them that way.

Read his exact comments on the next page.