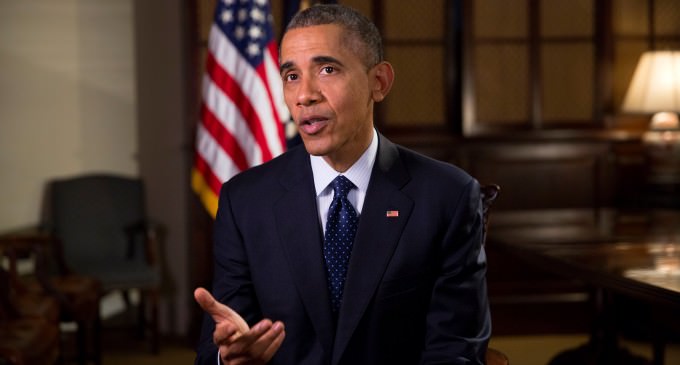 Obama responded: “The analogy we use around here sometimes, and I think is accurate, is if a jayvee team puts on Lakers uniforms that doesn’t make them Kobe Bryant.” (For the nonsports fan, JV stands for junior varsity, and it usually means a high school or college's secondary team.)

After that gross miscalculation, the President was confronted with his ineptitude:

Remnick:  “You know where this is going, though. Even in the period that you’ve been on vacation in the last couple of weeks, in Iraq, in Syria, of course, in Africa, al-Qaeda is resurgent.”

Obama:  “Yes, but, David, I think the analogy we use around here sometimes, and I think is accurate, is if a JV team puts on Lakers uniforms, that doesn’t make them Kobe Bryant. I think there is a distinction between the capacity and reach of a bin Laden and a network that is actively planning major terrorist plots against the homeland versus jihadists who are engaged in various local power struggles and disputes, often sectarian.”

Remnick: “But that JV team just took over Fallujah.”

That's Obama's handling of ISIS in a nutshell.

Now he has a new excuse as to why the “JV Team” isn't going away.

Se page two for the latest excuse on ISIS