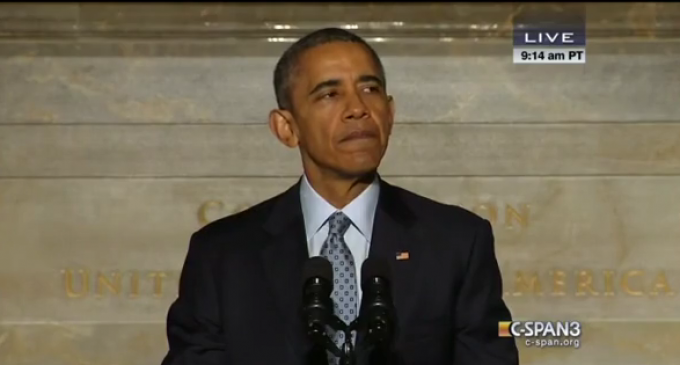 At press conference that took place on Tuesday, President Obama made his intentions for America painfully obvious. He referred to the Constitution as a “work in progress” that can “evolve for the good of all Americans”.

He made the claim that he was only trying to inspire. That actually explains a lot. According to our president, his job is “evolve” our Constitution to meet his needs. There's no need for rule of law when you can turn it into some piece of paper that makes people feel good.

And there is his socialist manifesto. If that was truly what was intended for the constitution, then why did Thomas Jefferson say this in 1803? “Our peculiar security is in the possession of a written Constitution. Let us not make it a blank paper by construction.”

Doesn't this seem like it's exactly what President Obama is trying to do? He's trying to make our Constitution nothing more than a blank piece of paper that he's free to write on what he will.

Never has any American president shown such disregard for America's most precious document.