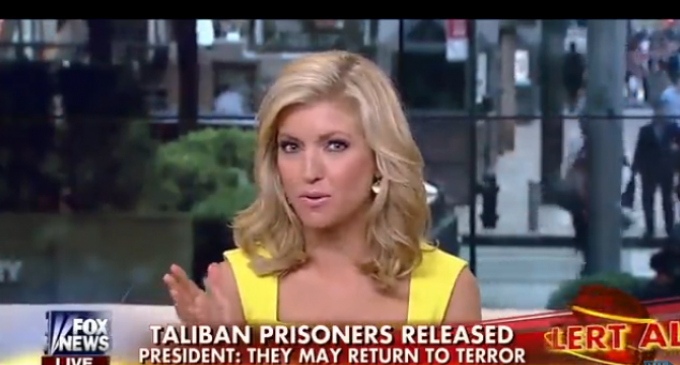 Obama nonchalantly admitted today that the 5 Taliban jihadists he recently released could “absolutely” commit acts of terror against America.

So Obama broke the law to trade 5 of the most dangerous jihad generals on the planet in exchange for Bowe Bergdahl, the American soldier who deserted the military and might have been collaborating with these terrorists after converting to Islam.

A report by the Western Journalism in the video link below also raises some red flags:

– Bergdahl probably let American soldiers into a death trap which let to 6 deaths after defecting to the Taliban.

– The father, Robert Bergdhahl, has openly called for all Gitmo prisioners to be released in a social media campaign and has been posting anti-American for a year on the Internet

America has been so thoroughly infiltrated that our obviously Muslim president and Taliban collaborator can blatantly commit anti-American atrocities with a smile on his face to no consequence.

Will this man ever be impeached?