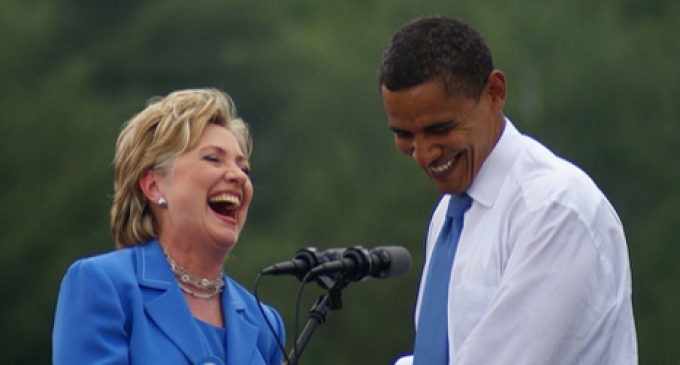 Thirty-eight years ago, the little-known attorney general of Arkansas and his wife entered into a real estate venture to purchase 220 acres of land with an Arkansas businessman, Jim McDougal and his wife, Susan.  Although the venture failed, it would become one of the most infamous land deals in history.

That Arkansas Attorney General and his wife?  Bill and Hillary Clinton.  And those 220 acres of land were to become the Whitewater Development Corporation. Anybody who lived through the 90s knows that Whitewater was synonymous with the Clintons—and with scandal.

It took a 1992 investigative story by The New York Times (surprisingly) for the government to open an official inquiry into the Whitewater scandal, but the Clintons covered their tracks well.  Documents disappeared and people ended up dead (see Vince Foster), but the Clintons remained untouched.

(Un)shockingly, NARA—a division of the Obama administration—has refused to release the documents, claiming that Mrs. Clinton’s right to secrecy trumps the public’s right to know if they are about to nominate a criminal for the highest office in the land.  To see Judicial Watch’s lawsuit against the administration, and have a good chuckle at how NARA thinks the public has no right to know about Mrs. Clinton’s trustworthiness (or lack thereof) continue on the next page: