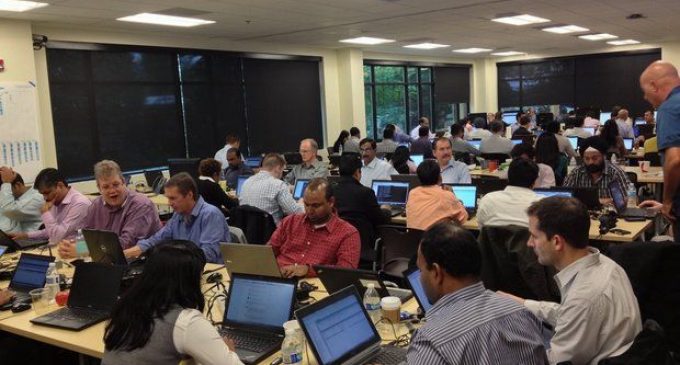 One of the many disturbing features of the current election campaign is the use of federal government agencies and funds to promote voter registration and participation among groups that can be identified as those most likely to vote for candidates sympathetic to the administration's agenda.  In other words, if specific groups of immigrants can be identified as likely to vote Democrat, various agencies such as the U.S. Citizenship and Immigration Services, use federal funding and resources to get those folks registered to vote.

Hence what we have here is a federal get-out-the-vote campaign among individuals identified as most likely to vote for Mrs. Clinton. At least in this instance, Hillary probably isn't personally orchestrating this corruption of the voting process. She can leave vote-rigging in competent government hands while she spends her time overseeing a campaign to discredit those who inconveniently point out scandals that she is directly involved in, or health issues that keep cropping up.

How much of your money is spent on this?