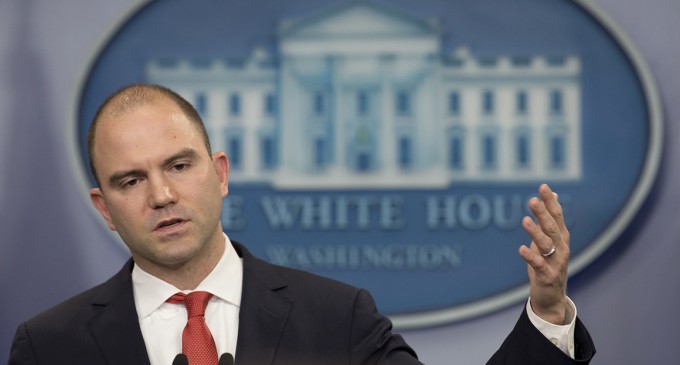 The conspiracy theory that has circulated for years suggesting Saudi Arabian government involvement in the 9/11 massacre of thousands of Americans has, to almost no ones surprise, finally been confirmed.

Administration deputy national security advisor Ben Rhodes did not go quite so far as to suggest that the Saudi government was the instigator of the terrorist attack on America, but in “government speak” stated that “the government of Saudi Arabia had paid ‘insufficient attention' to money that was being funneled into terror groups that fueled the rise of Al Qaeda.” This in response to when he was asked about the validity of the accusation that the Saudi government was complicit in sponsoring terrorism.

Obama had claimed that he would be a healer and improve relations, not only between races in the U.S., but with our international partners and even our enemies. He has done anything but that. Russia is challenging us with direct threats on our military vessels and airplanes, North Korea is threatening to blow up Manhatten with a nuclear ICBM, Iran is calling for death to America as it develops its nuclear weapon capability, and now the Saudi's are threatening to crash our economy by dumping billions of U.S. bonds on the market.

That is quite an impressive diplomatic record if your aim is aim is the instigate World War III, and it is clear that Obama was not even close to being ready for prime time or understanding how international diplomacy works when he was elected. And sadly, he does not seem to have improved his game over these last seven years of his presidency.

More on the Saudi conspiracy, page 2: