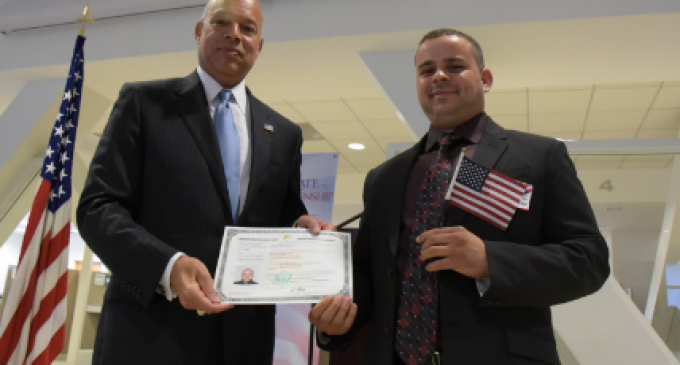 No one really expected Mr. Obama to clean up his act and behave responsibly in the waning days of his administration, did they?  After all, he's managed to stay in power in spite of refusing to enforce immigration laws, as well as encouraging election fraud and getting his Justice (sic) Department to cover for Hillary.

And those abominations only related to small segments of his scope of responsibilities.  Going into the other ways he has been derelict in his responsibilities as president would take too long, and frankly, be too depressing to detail here.

Immigration has been a special interest of this president, and he has aggressive corrupted the enforcement of the laws governing this area of his responsibility.

His latest outrage against the rule of law is on page two.