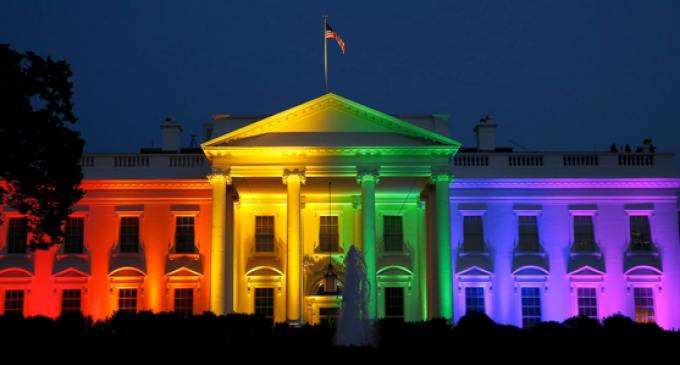 President Obama has offered kind words for the 5 officers slain in Dallas last week, but when it came to backing up those words with action, he – surprise, surprise – balked.

White House spokesman Josh Earnest was speaking with members of the press when he responded to a statement issued last Friday by Jon Adler, the president of the Federal Law Enforcement Officers Association. Discussing the precarious situation law enforcement officers find themselves in after the Dallas shooting, Adler implored the president to send a clear, unambiguous signal of support for police by illuminating the front of the White House with the color blue, in reference to the protective “Thin Blue Line” that officers maintain between citizens and criminals.

Waiting almost a week to respond, Earnest said that the White House most emphatically would not do such a thing, claiming that Obama's decision to have flags lowered to half staff and speak at the Dallas memorial service rendered any such act unnecessary.

Tellingly, however, the administration didn't find such a deed unnecessary when the subject at hand was something much more controversial.