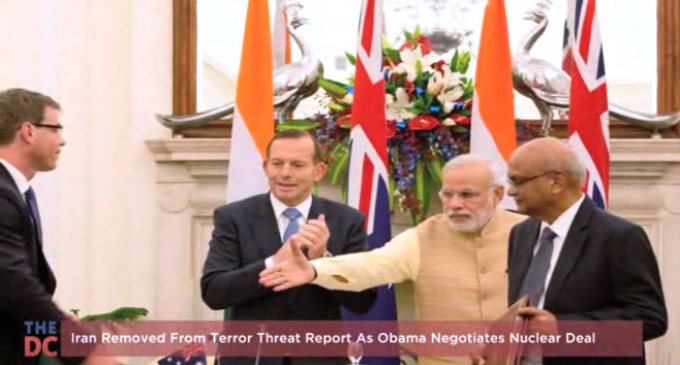 The Director of National Intelligence, James Clapper, has removed Iran and Hezbollah from their list of terror threats. This in spite of the fact that the U.S. State Dept has had Hezbollah on their Foreign Terrorist Organizations list since October '97.

Iran is the largest state sponsor of terrorism in the world. The State Dept. declared it a state sponsor back in 1984 where it has remained as of 2013 (2014 report to be released in April).

However,  the unclassified version of the Worldwide Threat Assessment of the US Intelligence Communities Clapper recently to the US Senate, Hezbollah is not only removed as a terror threat, but the Iranian menace is minimized to only a “threat to US national interests because of its support to the Asad regime in Syria.”