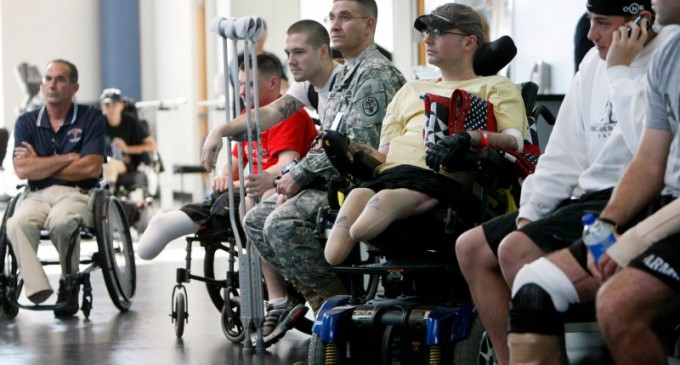 Online companies, such as POGO, which seeks to allow whistleblowers to submit information with encryption in order to skirt NSA survellience are being hit with subpoenas to ‘turn over their data’.

POGO, for example, is an online submission tool that was immediately launched after the VA scandal broke -to date it has received over 700 tips of abuse and mismanagement in the VA. It has since been hit with a subpoena by the VA Inspector General to turn over whatever incriminating data it has against the VA.

POGO has refused and has stated that they are prepared to go to jail rather than comply.

On Monday, POGO told the Obama administration that it would not comply with the subpoena. Most government agencies have such subpoena powers, and they have been doled out hundreds of thousands of times, all with the signature of federal officials as no judge is required. The subpoenas demand that utilities, ISPs, telecommunication companies, banks, hospitals, and bookstores cough up information if the authorities deem it relevant to an investigation.

If the VA doesn’t drop its subpoena, POGO said it would never turn the data over, even if ordered to by a judge.

Counterintuitively, this is really good news. It exposes the complete and total fear of those in power of any sort of transparency. Moreover, the fact that people are willing to go to jail to defend the Constitution is a sign that true dissent is rising and fear of repercussions becoming less important.

In a related story, Microsoft, of all companies, is pushing back against federal prosecutors’ request for data stored in an overseas data center. What is so incredible about this is that Microsoft has been seen as one of the biggest government lapdogs of all the large U.S. technology companies. Let’s not forget that the company was the first participant in the NSA’s prism program. They joined on 9/11/07. Microsoft is challenging the authority of federal prosecutors to force the giant technology company to hand over a customer’s email stored in a data center in Ireland.

The objection is believed to be the first time a corporation has challenged a domestic search warrant seeking digital information overseas. The case has attracted the concern of privacy groups and major United States technology companies, which are already under pressure from foreign governments worried that the personal data of their citizens is not adequately protected in the data centers of American companies.